Why “high deductible” shouldn’t be treated like a dirty word 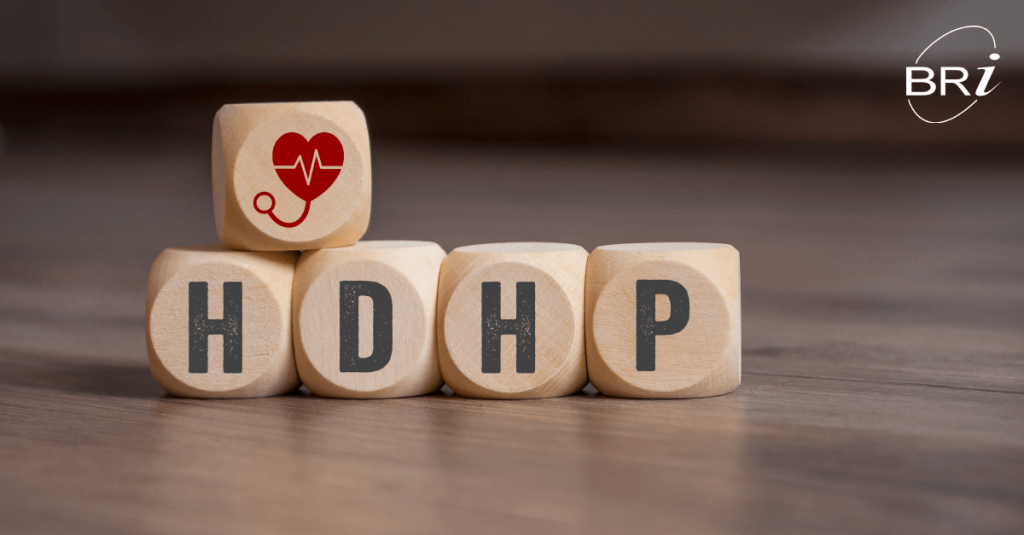 The term “high deductible health plan” has often carried with it a negative connotation for employees. However, there are several reasons “HDHP” doesn’t need to be treated like a dirty word.

According to a recent article from SHRM covering research from the Employees Benefit Research Institute (EBRI), enrollment in an HDHP promotes more conscious health care purchase decisions. For example, 55% of employees enrolled in an HDHP checked whether their health plan would cover their care or medication. Only 41% of employees enrolled in a traditional health plan did the same.

The benefits of an HDHP are magnified when the plan paired with an HSA.

Benefits of pairing an HDHP with an HSA

Enrolling in an HDHP with an HSA gives employees the same cost-reducing experience, with additional benefits.

In fact, “Benefits consultants recommend providing HDHP enrollees with health savings accounts (HSAs) so they’ll have money available for necessary services not covered by the HDHP before the deductible is met,” according to the SHRM article.

Additionally, a “high deductible” is not as high as you think. To meet HSA compatibility requirements, the HDHP must have a minimum deductible of $1,350 for single only coverage (which amounts to less than a daily Starbucks coffee) or $2,700 for family coverage.

The future of HDHPs and HSAs

While HDHPs may carry a negative stigma, they are steadily breaking free of that. Statistics from the federal Centers for Disease Control and Prevention indicate the combination of an HDHP with an HSA is gaining in popularity.

In 2007, 17.4 percent of employees under age 65 were enrolled in an HDHP; in 2018, that number had jumped up to 46 percent, with half of those people also enrolled in an HSA. That being said, some employees are still hesitant to enroll in an HSA. Employers can encourage HSA enrollment in several ways.

Before addressing how to encourage HSA enrollment, it’s important to understand why they aren’t enrolling. Primary reasons include not seeing the advantage to doing so, not having enough money to contribute, and the lack of an employer contribution.

Employees are more likely to enroll in an HSA with an HDHP if:

Why “high deductible” shouldn’t be treated like a dirty word

Overall, when employees enroll in an HDHP, they are more likely to be price-conscious and reduce costs, while also being eligible for additional savings when an HDHP is paired with an HSA.

Like this blog? Follow us on social to see new posts every week and check out 5 reasons why an HSA is better than you thought.