All I want for Christmas is…the Tax Cuts and Jobs Act? 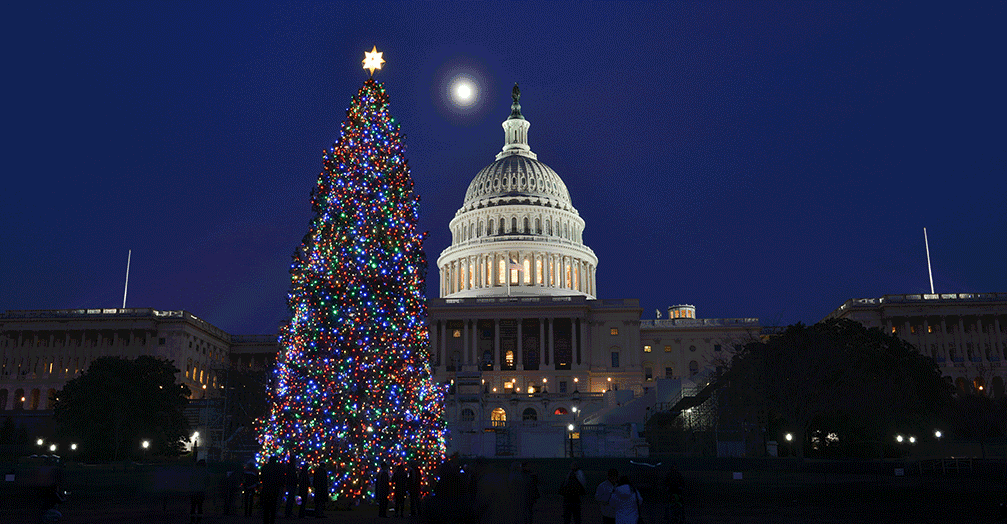 While many of us finish our holiday preparations, Congress is working on some last minute “gifts” of its own. Late Friday, December 15, 2017, Congress released the final Tax Reform Bill.  This bill resolves the differences between the House and Senate versions of the Tax Cuts and Jobs Act. The House approved the resolution with a 227-203 vote on Tuesday, December 19, 2017. Later Tuesday, the Senate also approved the bill in a 51-48 vote. Due to procedural restrictions in the resolution process, there were last minute adjustments made prior to the Senate vote. The House revoted on Wednesday approving the bill a second time in 224-201 vote.  The bill was signed into law by President Trump on December 22, 2017 and unless otherwise indicated goes into effect on January 1, 2018.

This is a developing story. Please be sure to visit this page for the latest updates.

With the final bill coming in at over 1,000 pages, we will focus our discussion on the bill’s impact to employee benefits and pre-tax benefit account programs.

So, what stays the same?

The world of benefits and tax-implications has been in a constant state of flux over the last decade as various aspects of Health Care Reform have come online. For what it is worth, benefits came out relatively unscathed in the final version of the Tax Cuts and Jobs Act. So, let’s start with what remains untouched.

The tax treatment of employer-provided health care benefits is unchanged. It is important to note, however, that the “Cadillac tax” is still looming with a current implementation date of 2021. BRI continues to work with industry advocates and legislators to push for either repeal, or, at a minimum, for employee pre-tax benefit contributions to not be counted towards the Cadillac tax.

No change included for Health Savings Accounts under the Tax Cuts and Jobs Act. However, legislative efforts continue to further expand the availability and use of HSAs. This will be an area to watch in 2018 and beyond. For those few holdouts with Archer Medical Savings Accounts, these were also maintained in the final version of the bill. The House version would have repealed the use of Archer MSAs.

The final bill retains the availability and use of Dependent Care accounts. These accounts were initially repealed under the House Bill, but were retained in the final bill.

Employee pre-tax transportation benefits have been preserved. This means employees will be able to continue to set aside funds on a pre-tax basis for qualified transportation and parking expenses.

The final bill retains the availability of Adoption Assistance accounts. While earlier versions of the House Bill would have repealed the exclusion for adoption assistance and become taxable to employees’ income, a last minute amendment by Rep. Brady sought to maintain this benefit.

The final bill retains the exclusion for education assistance programs. The House version would have repealed it and it would have become taxable to employees’ income.

Great, so what changes can we expect?

The final bill suspends “Qualified Bicycle Commute” for taxable years beginning after December 31, 2017 and before January 1, 2026. While this doesn’t officially eliminate the benefit permanently, it does effectively eliminate its use for the coming years.

Limitation on Deduction by Employers of Expenses for Fringe Benefits

The tax deductibility for employers on certain expenses / benefits will be impacted. This includes items such as entertainment, meals and membership dues. This will also prohibit employers from taking a business deduction for contributions to transportation fringe benefit accounts. While this change doesn’t directly affect available pre-tax benefits, it may influence an employer’s decision to offer employer-provided transportation benefits.

Check the full text of the Tax Cuts and Jobs Act for a closer look at the direct impacts.

Repeal of the Individual Mandate

The bill eliminates the shared responsibility payment for individuals failing to maintain minimum essential coverage. Don’t rush to drop your coverage for 2018! This provision does not go into effect until months beginning after December 31, 2018.

We are closely monitoring the progress of the Tax Cuts and Jobs Act and will provide updates as they become available.

Updated: December 22, 2017 following the signing the act into law by the President.

The above topic is intended to provide an overview of the anticipated impact to pre-tax and fringe benefits based on The Tax Cuts and Jobs Act as released on December 15, 2017. This is an evolving situation and should not be construed as legal fact or certainty.