UPDATE 3/10/2021: The American Rescue Plan Act has now passed the House and Senate. It is headed to President Biden’s desk for signature. It is expected to be signed into law by Friday, March 12, 2021.

According to a recent SHRM article, employers can expect a government funded COBRA subsidy to shortly be a reality.

What you should expect

This is not the first time a government funded COBRA subsidy has been proposed. The current legislation mirrors several aspects of the COBRA subsidy relief released in 2009.

The first item employers should take away from the latest proposal is that the recent changes are likely to usher in a wave of new COBRA enrollees. According to some reports from the ’09 endeavor, enrollments increased as much as 20%.

Additionally, employers will be required to send notices to all eligible qualified beneficiaries, even if they previously did not elect continuation coverage. As a result, employers could be faced with a much higher volume of outreach than in previous instances. However, it’s too early to tell exactly what the impact will be.

If enacted, the subsidy would be available starting after the passage of the legislation through September 30, 2021. Only certain individuals are eligible to receive subsidies under the legislation. The subsidy will not retroactively be applied to 2020.

While the original House Bill called for an 85% subsidy, the final bill which has now passed the House and the Senate, includes a 100% subsidy of premiums for qualified beneficiaries. This means qualified beneficiaries will not have premiums due. The employer would pay the premium and then be provided a tax credit from the government.

Here is a sample scenario:

As we await more specifics, there are ways employers can prepare for what might come next if the COBRA legislation passes.

How you can be proactive

One way employers can prepare is to ensure their current COBRA solution is flexible enough to manage more complicated elements of the process. Employers working with a third party administrator (TPA) for COBRA will find that most offer a system with such capabilities built in.

Employers that outsource their COBRA needs will want to ask their TPA if their platform allows employers to engage with the details at a more in-depth level, including providing information about the type of subsidy available to members, projected plan premiums, and how the subsidy amount factors into the total amount due.

Regardless of whether an employer administers COBRA in-house or through a third party, a flexible solution is paramount. Employers currently operating in-house may want to consider partnering with a COBRA administrator to effectively navigate the potential legislative changes on the horizon.

Finding a solution that works

Is it better to be your own COBRA administrator or could a TPA be right for you? Learn more today. 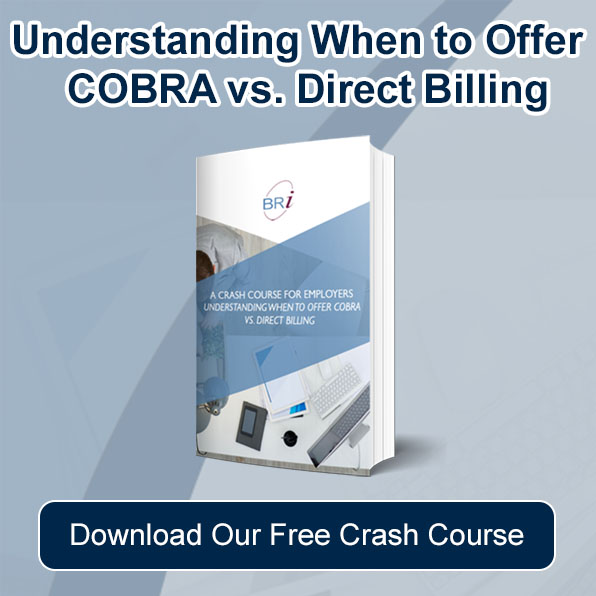