The Future of HSAs — A wish list of changes. 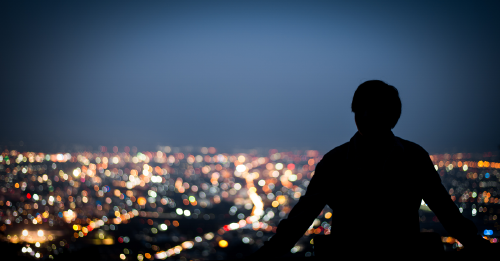 So here it goes…

The Future of HSAs — A Wish List of Changes.

1. Loosen or remove the insurance requirements.

An HSA requires individuals to have a qualified high deductible health plan (or HDHP) in order to contribute. Not only does this make HSAs an unlikely tax-time strategy, it limits who can take advantage of these benefits. Common problems that occur as a result of the specific insurance requirements include:

HSA Contribution Limits are set by the IRS and are indexed annually for inflation. These limits are typically nearly half of the maximum out-of-pocket limit that an individual could experience. This provides a significant exposure for individuals that need it most. It also limits individual’s ability to save for medical expenses in retirement.

3. Expand what is eligible for HSA Distribution

HSAs are supposed to be about empowering consumers to make smart decisions and look for lower cost alternatives. Historically, over-the-counter medicines provided individuals with cost effective alternatives for managing common ailments like a cold, flu, allergies and more. Instead of making these items more accessible, Health Care Reform added the stipulation that OTC drugs must be prescribed in order to be reimbursed from benefit accounts like an HSA. Individuals are left to either (1) contact their physician for a prescription (likely paying more) or (2) effectively pay up to 40% more by paying with after-tax dollars.

4. Prevent HSAs from being treated like a Cadillac Plan

Health Care Reform in its original form includes a provision affectionately known as “The Cadillac Tax“. In its raw form, it was sold as a way to prevent employers from providing the highly compensated with “super rich” benefits.  As the law was interpreted, it became a tax on average employees. Many union plans were in jeopardy. Contributions to HSAs and FSAs were expected to be included in the calculation. Many “silver” and even “bronze” plans in exchanges were likely to hit the thresholds to be classified as a “Cadillac Plan”. For once both sides of Congress were in agreement that the Cadillac Tax was a disruptive and costly idea. But, they still needed it from a revenue / taxation perspective.

So, what did they do?

They delayed the implementation from 2018 to 2022. But, it still looms out there. We recommend the complete repeal of the Cadillac Tax. If this cannot be achieved, we would like relief for HSA and FSA contributions from determining if the Cadillac Tax was met.

So what’s being done to shape the future of HSAs?

There have been several bills proposed aimed at expanding the use and flexibility of HSAs. While each bill has its own flavor and twist for the future of HSAs, many concepts have gained bi-partisan support. Only time will tell which of these (or even bills not yet proposed) will gain momentum.

H.R. 247 – Health Savings Account Expansion Act: Amends Internal Revenue Code to: increase maximum contribution amounts, permit use of HSAs to pay insurance premiums, repeal restriction on using HSAs for OTC medications, eliminiate the requirement that a participant in an HSA be enrolled in a high deductible health plan, and decrease the additional tax for HSA distributions not used for qualified medical expenses.

H.R. 35 – Health Savings Account Act of 2017: Allow for deduction for child/grand child, increase HSA maximum to match the maximum out-of-pocket limit, expand the definition of an HSA compatible plan to include all bronze, silver and catastrophic plans on an insurance exchange.

Contact your Senators or Representatives to show your support for the Future of HSAs!